According to research by a leading insurer, British homes are harbouring unused gadgets and electrical devices worth more than £37 billion.*

A study of 2,000 British consumers unmasks us as a nation of hoarders, discovering that the typical home is host to redundant tech items worth around £1,414 on average. 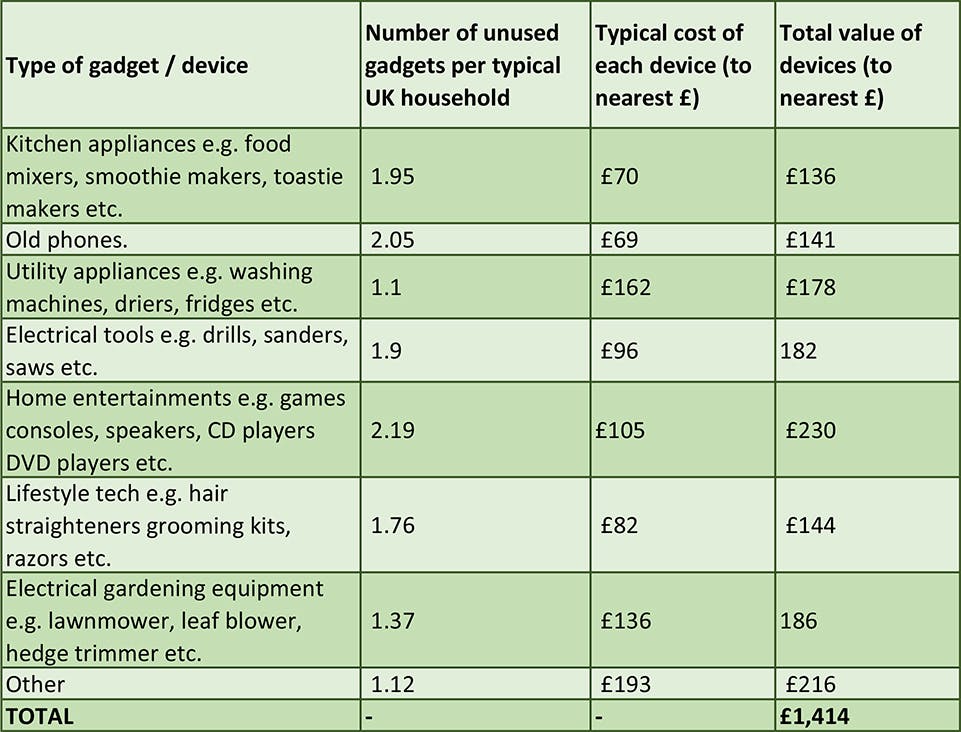 The research also found one in four respondents (27%) had a more cavalier approach to unwanted appliances, saying they had either sold or re-gifted gadgets they had received as presents.

Popular items which have been ‘re-homed’ include hair straighteners, mobile phones and kitchen appliances:

Digital innovations mean we’re changing the way we do certain things, such as listening to music or watching TV. This often means we don’t use particular devices anymore, so we put them to one side and replace them with different models.

Each time we get a new piece of ‘tech’, the value of our possessions increases, so it’s important you have adequate home contents insurance in place, both in and away from the home.

Research carried out by Censuswide on behalf of Aviva. 2,010 adults across the UK were interviewed in February 2016.

*Figure based on average value of unused items per home based on figures from sample of 2,010 adults surveyed (£1,413.77)

The government has made changes to the claims process for low value road traffic accident (RTA) related personal injury claims, commonly referred to as ‘whiplash claims’, effective from 31 May 2021

Only 11% of 18 to 25 year olds who participated in the survey say they had a good understanding of what’s covered by contents insurance, compared to 61% of those over 55 years of age.